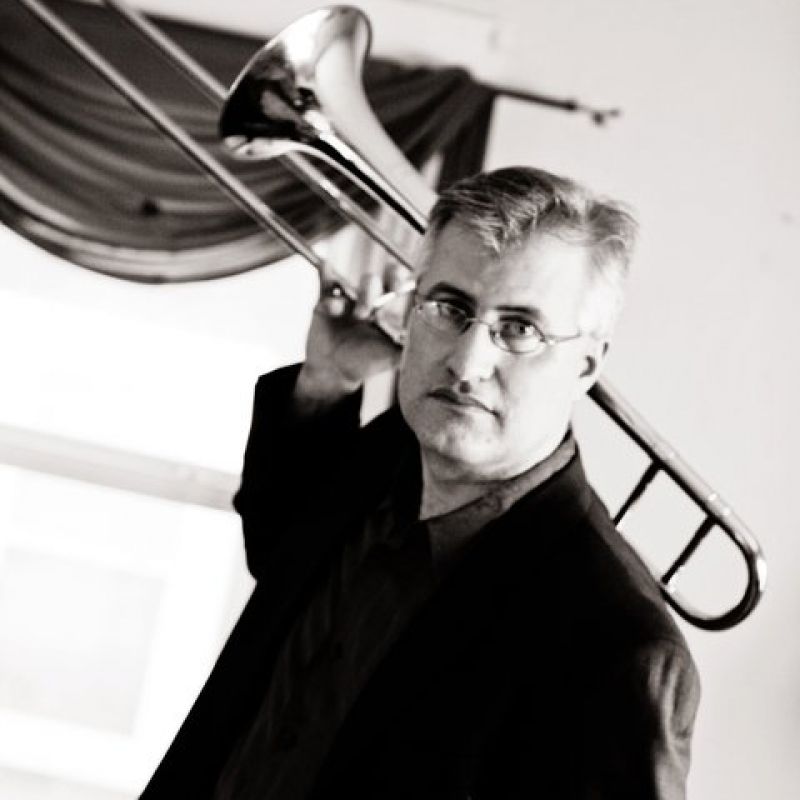 One of Boston's most in-demand trombonists, Walt Bostian has performed with a wide range of artists including Johnny Mathis, Aretha Franklin, Frankie Valli, and Bernadette Peters  He has played the Boston runs of the national tours of The Lion King, Wicked, Hairspray, Spamalot, Legally Blonde, and many others, having logged over 500 performances at the Boston Opera House.  In the classical world he has performed with the Boston Ballet, Boston Modern Orchestra Project, Opera Boston, Boston Philharmonic, Rhode Island Philharmonic, and the Portland Symphony Orchestra.  He has toured internationally as a member of legendary Boston ska band Bim Skala Bim.  Since 1995 he has been a member of New England Brass, performing 40-50 school concerts a year under the sponsorship of Bank of America. He can be heard on recordings with Mighty Sam McClain and the Boston Modern Orchestra Project, and providing the footage actually makes the final cut will be seen in the upcoming Seth McFarlane movie Ted as the Trombone Player.  Walt is an honors graduate of the New England Conservatory.

As a musician Walt Bostian contributed to: