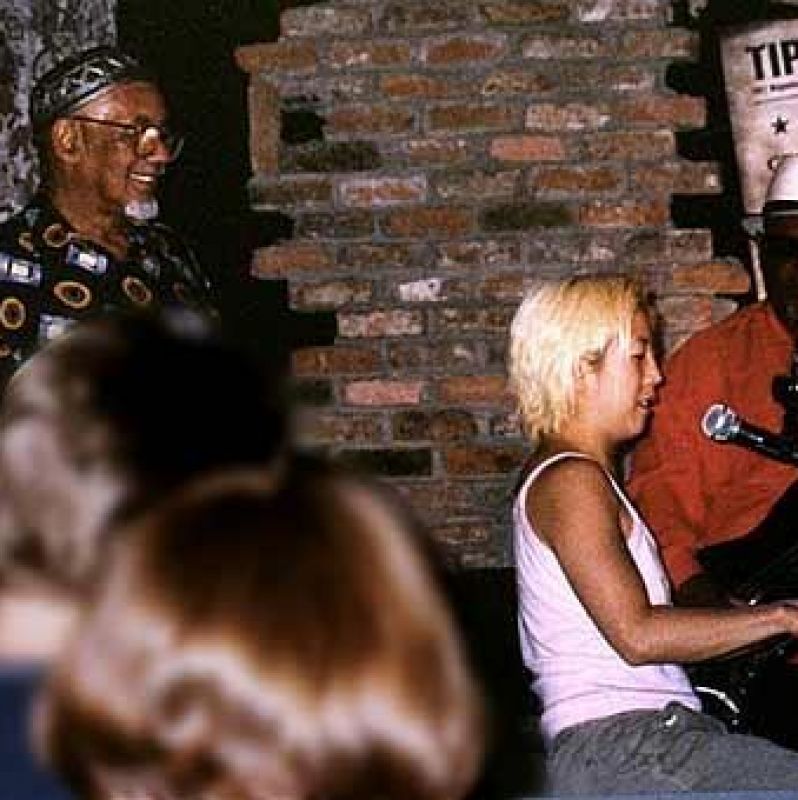 Seen in this pic jamming with Eddie Bo, Suzi was a founding member of Slide (and with Shaun Wolf Wortis also the 10-piece funk-meets-Fela band 3rd Estate from the 80's). She released a solo record ("Blue"), taught yoga, and played all the Mardi Gras up until her general retirement from performing in 2008.

As a musician Suzi Lee contributed to: