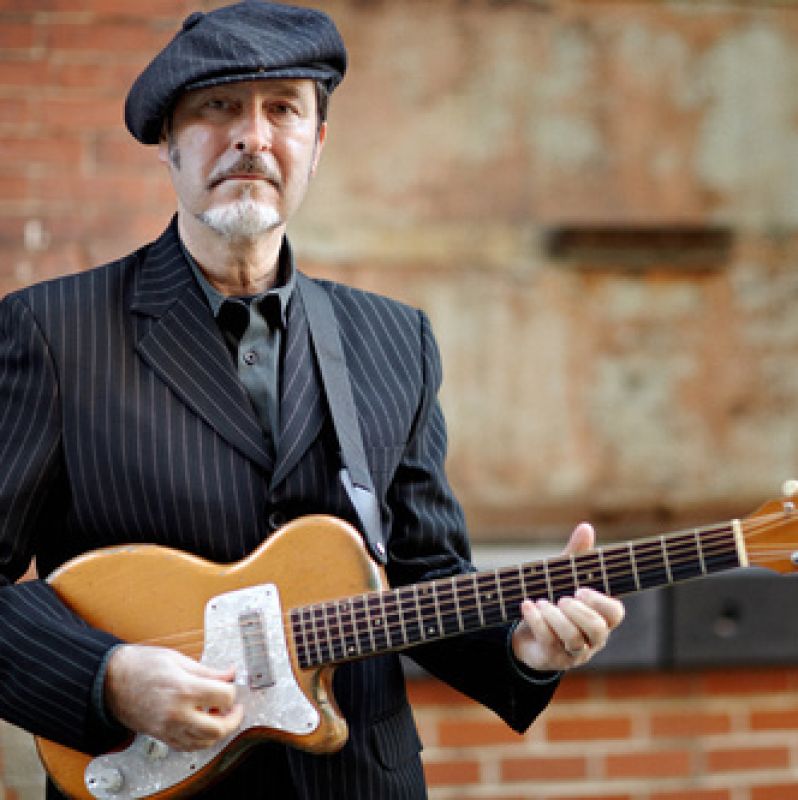 Peter Parcek’s daring, incendiary and soulful style is a distinctive hybrid. He weaves rock, gypsy-jazz, country, folk, and blues-- especially blues-- into a tapestry of melody, harmony and daredevil solos that push those styles to their limits without sacrificing the warmth of his own personality.

Peter calls his approach "soul guitar," an appellation that alludes to his playing’s depth of feeling and character, as well as its deepest roots in classic American music. But Peter’s sensibilities are equally attuned to the future.

Peter’s journey as a musician began when the Vietnam War erupted and he graduated high school. With the blessings of his mother and the help of a family friend, he relocated to London, England, and found himself in the thick of the British blues explosion.

"I got real lucky," he recounts. "Whenever I could afford it or sneak in, I could see Eric Clapton, Jeff Beck and Peter Green in clubs, as well as many other great guitarists who were on the scene, but never made it big.

Daunted by the six-string virtuosity on display all around him, Peter put down his guitar to sing and blow harmonica and joined a band, playing rooms like the famed Marquee Club — one night on a bill with the Pink Floyd. But fate intervened. He was returned to the States for lack of a British work permit.

As a special guest Peter Parcek contributed to: