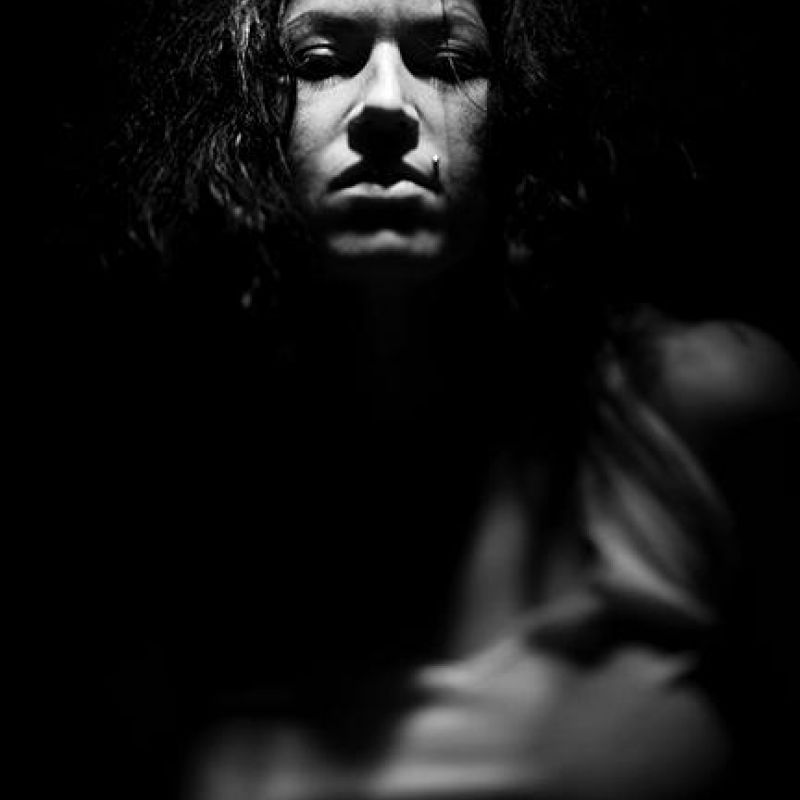 A fine art graduate of Pennsylvania College Of Art as well as a vocalist and multiinstrumentalist since childhood, Monique Ortiz has developed her own sound, influenced by bands such as Wire, Can, Japan,Talk Talk, and Morphine. In 1996 she relocated to the Boston area from her hometown of Lancaster, Pennsylvania and began playing numerous solo performances (just vocals and fretless bass) at parties and small venues. In 1997 she formed Bourbon Princess, performing often as a duo with a drummer, and sometimes as a trio with the addition of a cellist. Her unconventional approach to the fretless bass and 2-string slide bass, along with her powerful and gritty vocal delivery and bleak lyrical content draw comparisons to Nick Cave, Patti Smith, and Iggy Pop. Having grown up listening to everything from Bauhaus to Nina Simone, Monique sometimes refers to her sound as "...a sort of Gothic Blues".

Over the past ten years Monique has written, arranged, and produced three full-length Bourbon Princess records, 2 solo LPs, and has performed with a band (whose lineup includes original Morphine drummer Jerome Deupree, saxophonist and leader of Grammy-nominated jazz big band Either/Orchestra Russ Gershon and guitarist/pianist Jim Moran). She has recorded and performed as a backing vocalist for Orchestra Morphine, Twinemen, and The Collisions. Her songs have appeared in MTV's "Real World", and on various compilations, such as Respond 2 (along with Ani Defranco, Dolly Parton, and Aimee Man), and Project Bread's "Get In Here And Eat".

Monique was featured in the magazines MIX, MAGNET, and GUITAR PLAYER among others. Her debut solo cd "Reclining Female" was described as "Thirty-four minutes of plaintive, contrary, concentrated genius" by The Boston Noise, and she was selected as nominee for "best female vocalist" several times for Boston Music Awards and the Boston Phoenix best Music Poll.

"When The Pigeon Flies", Monique's most recent release, is a compilation of live performances from December 2009 into January of 2010. Guest musicians include Morphine saxophonst and A.K.A.C.O.D. band mate Dana Colley, and Mission Of Burma guitarist Roger Miller.

As a special guest Monique Ortiz contributed to: