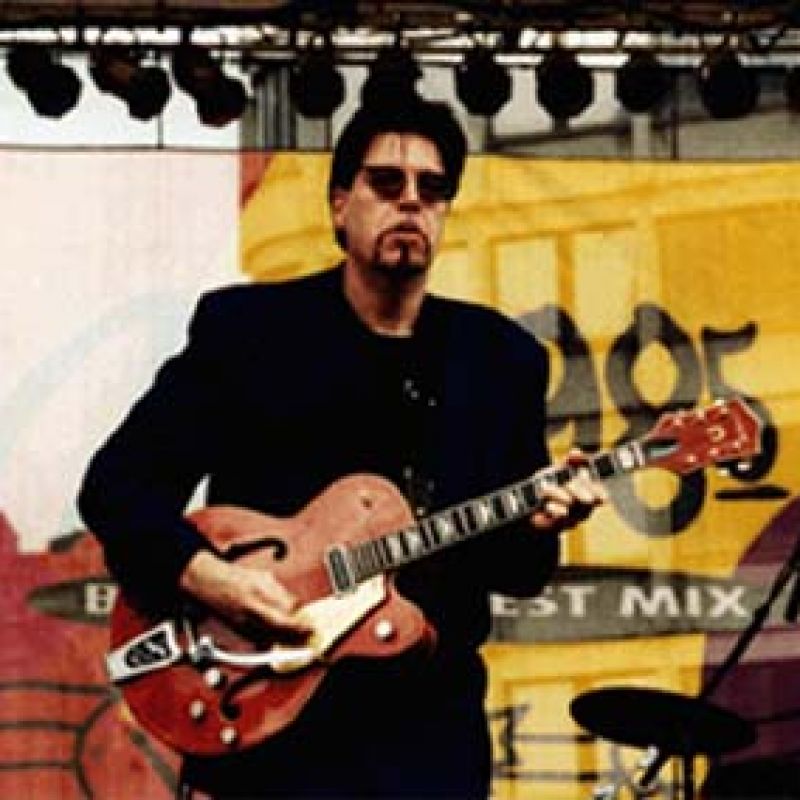 One summer afternoon, when guitarist / producer Milt Reder was ten years old and away from his Manhattan home at Camp Wildwood in Maine, he heard an irresistible sound emanating from the cabin of Booker, the camp cook.  Up to this time, the boy’s musical experience consisted of roles in Gilbert and Sullivan operettas, which just so happened to hold rehearsals at Atlantic Records Studios.  After listening from the bushes for a while, the young camper summoned up the courage to knock on Booker’s door to ask what record he was playing.  “Why, it’s Ray Charles, man!” said Booker, as he held up the black Atlantic LP sleeve with giant pink letters that said “Do the Twist with Ray Charles.”  Young Milty was smitten, obsessed, call it what you will—the oft repeated story of how people get “the call”—and wasn’t happy until he was sitting in Carnegie Hall that Fall digging The Genius at his peak, Fathead Newman, Raelettes, the whole deal.  Classical piano lessons went out the window, as he realized he could pick out “What’d I Say?” by ear.  Milt picked up a $10 pawn shop guitar, with Mel Bay instruction book, the day after the Beatles were on Ed Sullivan, and never looked back.

Mentored by Broadway's Jule Styne, he went on to co-write songs with Don (Mercy, Mercy) Covay and Bennie (Please Dont Let Me Be Misunderstood ) Benjamin. One tune, Red Bandanna, was the first and only song to be performed in English by Latin music superstar Danny Rivera at Madison Square Garden in NYC. Milt wrote much of the catalog for Roots Rocker Barrence Whitfield and the Savages, with whom he toured for many years in Europe and America. He has worked as sideman and session player for Bo Diddley, Robin Lane, the Blue Hawaiians, Brother Red (with Plas Johnson), and Susan Tedeschi, who recorded her first two CDs at Milt’s Boston studio, Rear Window.

In 1978, Milt graduated with an M.D. degree from the Johns Hopkins University School of Medicine, and has been a practicing physician for over thirty years, taking care of patients suffering from chronic pain.

Milt Reder has produced records by Barrence Whitfield, Four Piece Suit, the Groove Juice Symphony, Sugar Twins and many others. His instrumental quartet Four Piece Suit is best known for their soundtrack work on HBO’s Sex and the City, but have also been prolific contributors to a host of film and television productions, and are a major presence on Telemundo, as their alter-ego, the Eclecto-Hijinx Orchestra.  For Milt, Four Piece Suit is a natural progression, based on some of the exotic sounds his cosmopolitan parents and their lounge-lizard pals from the Friars Club brought home from Battista’s Cuba, filtered through the raw R&B energy of a decade with the Savages, who were constantly exposed to the European twist on Latin and American styles.

Last year, Milt produced  “Signs”, the critically acclaimed first album by Dwight and Nicole.  Milt met Nicole Nelson at a wedding he was playing, when she asked to sit in and floored everyone with her unique and powerful R&B vocal style.  He had been working with her off and on ever since, as she resisted record industry attempts at packaging her, and continued to search for her “sound”, which she finally found in partnering with Dwight Ritcher.  It was a natural for Milt to get involved in making the Dwight and Nicole record, which was a total immersion project, with the band living at Milt’s house, which also houses the studio, for over a year.  He is currently at work with the duo on their next album.

A longtime fan of New Orleans Rhythm & Blues (he was the first to pitch the idea of a Professor Longhair musical “Fess” to Joseph Papp at the Public Theatre in New York in 1972, a project which has yet to be realized) Milt is happy to be joining Shaun Wolf Wortis for this year’s Bastille Day show at Precinct July 14.

Milt Reder has two sons, Milt Jr. and Henk, and a daughter Hanna, and lives with his partner Lindsey in Brookline, Massachusetts.

As a special guest Milt Reder contributed to: