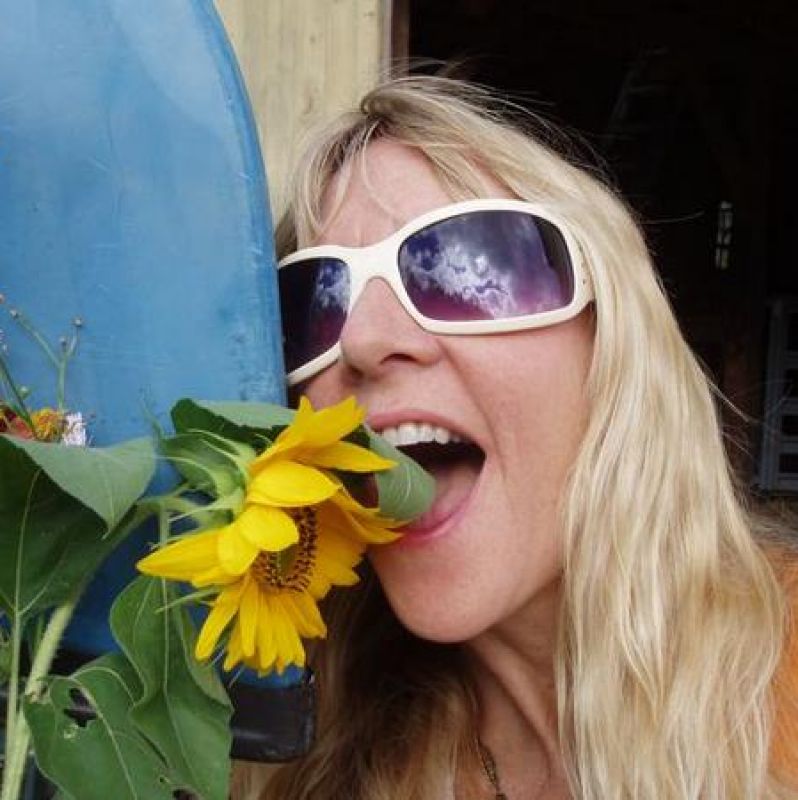 Linda Viens is a Boston-based singer/songwriter born in Minnesota and raised in mid-western corn country. Linda currently fronts the 6 piece trip-hip/alt-country rock band Bad Saints and collaborates with Boston singer-songwriter Emily Grogan in the hard-hitting indie-folk-rock ensemble Angeline. In Bad Saints Linda blends her love of dirty garage and southern roots rock with her passion for "the groove," and trip-hop, into music that is both urban and country, gritty and poetic, fiercely rocking and tenderly melodic. With Angeline Linda writes and co-writes edgy soulful songs about heartbreak, hope and transformation. Both of these projects are relatively new and evolving quickly musically and professionally. Bad Saints play regularly in Boston and Cambridge, drawing an ever-growing devoted fan base, and have just finished a 4-song EP at Hi-N-Dry studios, produced by Dana Colley and Jabe Beyer. Angeline is currently recording a record being produced by Boston rock legend Asa Brebner, and scheduled for a late spring 2006 release.

Linda has been playing and singing and writing songs since getting her first guitar at age 12. Linda moved to Boston to attend Mass. College of Art in the late '70s and has been performing in the Boston area since graduating from art school and discovering punk rock. Linda cut her rock 'n' roll teeth on a wide range of musical styles; she played drums and sang in the punk band, Children of Paradise, went on to lead local roots rockers, Witch Doctor, sang cabaret with collaborator Catherine Coleman in Les Chanteuse Sorcieres, and formed the notorious funk orchestra Crown Electric Company with her husband Wayne Viens in the mid-nineties. Linda was a founding member of Boston Rock Opera and performed in many productions, including Sgt. Pepper, Jesus Christ Superstar, Abbey Road, Preservation, and Billion Dollar Babies vs. Aqualung. Linda has also recorded with some of Boston's finest including Mark Sandman of Morphine and the legendary Asa Brebner. Linda lives in Somerville, MA with her family. When she's not living and breathing music, Linda's energy is directed towards loving her community and working for cultural, social, and political change.

As a special guest Linda Viens contributed to: