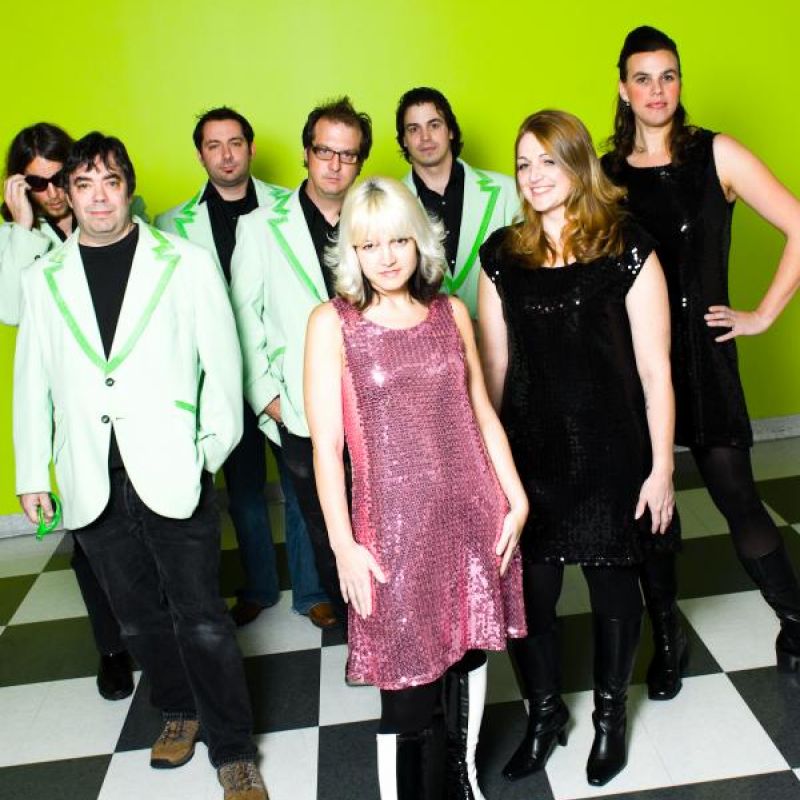 Jenny Dee and The Deelinquents

Most Boston music fans will recognize Jen D’Angora (a/k/a Jenny Dee) as the singer/guitarist in garage stalwarts The Downbeat 5 as well as punk/pop darlings The Dents. When The Dents split up three years ago and The Downbeat 5 started playing out less frequently, D’Angora started working on a new batch of songs that were slightly different from the material she’d written for her other bands and decided to indulge in her love of the girl group sounds of the 60's. “I’ve been a fan of that music since I was really young and my interest was rejuvenated as I started getting into Blondie and The New York Dolls – their interpretation of songs by the Shangri Las and other groups fascinated me. That’s basically what this record’s about – writing in a style that I love, having a great time, and working with amazing people.” says D’Angora. The Deelinquents formed soon thereafter, with Tony Goddess from Papas Fritas/The Rudds (guitar), Eric Salt (guitar), Phil Aiken (keyboards), Ed Valauskas from The Gravel Pit/The Gentlemen (bass), and Eric Anderson (drums). In addition to the core band, Jen added her sister Beka Dangora and Samantha Goddess to sing harmonies and dance their asses off. Before they played a show, they recorded the single “Keeping Time” with producer Matt Beaudoin (Eli “Paperboy” Reed) at Q Division, which charted in the Top 20 Downloads on Amazon.com. “There isn't a music on earth that better suits D'Angora's voice than girl-group-era R&B, straight-up, and that's what she's singing here - with bonus points for writing songs that hold their own next to the classics. (There's a Daptone-like quality to her recordings that makes you do audio double-takes: are you sure this shit wasn't recorded in 1964?).” - The Boston Phoenix Jenny Dee & The Deelinquents’ full-length debut - Keeping Time, is out March 2 on Q-Dee Records. It features 10 D’Angora penned originals and a cover of The Flamin' Groovies "Shake Some Action" which was originally released as a 7” on the Spanish Label Lovemonk, which lead to a headlining club tour in Spain and an appearance at the Azkena Rock Festival opening for The Breeders. “The Deelinquents treatment is classic Motown, with a James Jamerson bass riff and a piano and sax straight out of the Four Tops, while Dee's vocal at the fade-out is much less restrained than any female singer was ever allowed to be at that label.” – New Haven Advocate The band recently started being the backing band for La La Brooks, original lead singer of The Crystals ("Da Doo Ron Ron", "Then He Kissed Me") and will be doing dates with her in September 2010 in Boston, Brooklyn, and at the Ponderosa Stomp in New Orleans.

As a special guest Jenny Dee and The Deelinquents contributed to: