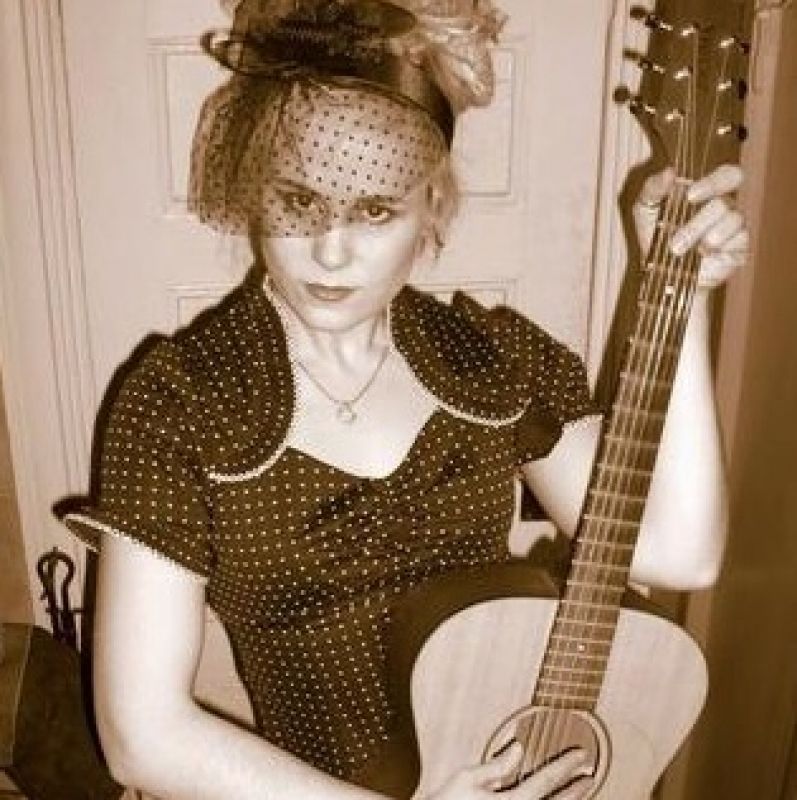 “An authentic blues chanteuse” in the vein of Memphis Minnie and Bessie Smith, Erin Harpe is earning a reputation for her raw style and “total, selfless and compelling immersion in the music.” One of contemporary acoustic blues’s most accomplished female guitarists, she is often compared to JoAnn Kelley, Rory Block, or early Bonnie Raitt. Erin began playing guitar in her teens taught by her father, bluesman Neil Harpe. She soon began performing at folk festivals, coffee houses, bars, and parties in the DC area, developing a strong vocal and guitar style of her own. Since moving to Boston, Erin has performed at famed venues such as The Original House of Blues, the Middle East, and Harpers Ferry, and also toured around the country, this year making her debut at SXSW in Austin Texas, and playing the NY State Blues Festival. She has earned accolades, for instance she was the first solo act to participate in the Boston Blues Challenge, where she made it to the finals, winning her night and beating out six blues bands. She is played regularly on US radio from Austin TX to Boston MA, and counts among her fans veteran WBOS radio DJ Holly Harris. She can also be heard on radio shows in France, Poland, Germany, Spain, England, Japan and Italy. Juicy Juju Records proudly released Erin’s second CD, Delta Blues Duets, vocal and guitar duets with her father Neil Harpe. The CD features harmonized vocals and dueling finger picking acoustic guitar parts, reminiscent of Memphis Minnie and Kansas Joe. The ten-song CD was recorded at Mix One Studios in Boston.

As a special guest Erin Harpe &amp; the Delta Swingers contributed to: