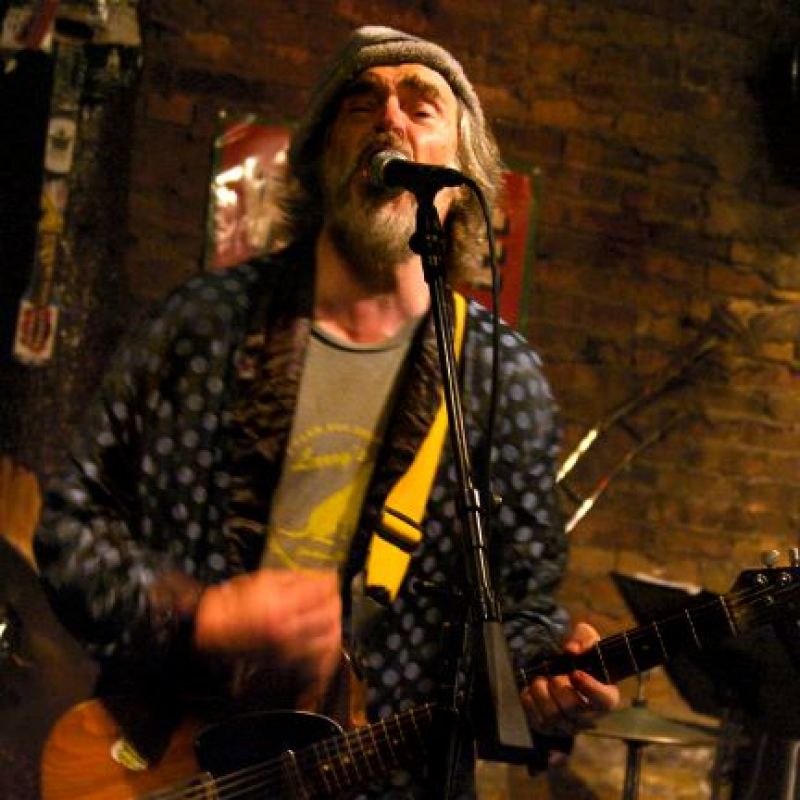 Chandler Travis has had a long and checkered career in the world of show biz, beginning in in the seventies when he and Steve Shook joined up as Travis Shook and the Club Wow. Besides achieving much popularity on the east coast, the duo brought their peculiar blend of comedy and music all over the U.S. and to the nationwide television audience on such programs as the Tonight Show, the Midnight Special, and Dick Cavett. Along the way, they released an album and appeared on stage with everyone from Bonnie Raitt to Bruce Springsteen to especially good pals NRBQ and George Carlin (with whom they toured for many years) to Elvis Costello to-- well, you get the idea.

In 1980, Travis was a founding member of the Incredible Casuals, who released four albums (not counting 2007's “Best Of” collection, “World Championship Songs”), toured consistantly all over the world, and are still at it, much to the delight of a small but rabid international following.

In 1988, Chandler began moonlighting as a solo performer, presenting the unlikely mixture of oddball humor and incisive songwriting that continue to be his trademark and appearing with such diverse acts as 10,000 Maniacs, Mose Allison, Roger McGuinn, and (deja vu perhaps?) George Carlin. Upon the arrival of the critically lauded “writer-songsinger” CD, the solo career kicked into high gear with two successful west coast tours and a European jaunt in 1993.

Late in 1996 (much to his own surprise and delight), Travis found himself fronting a nine-piece band, the modestly monikered Chandler Travis Philharmonic -probably the world’s only alternative dixieland / omnipop band. Their debut CD, “Let’s Have a Pancake”, was released in 2000 after his second solo effort, 1999’s “Ivan in Paris”; three more “official” Philharmonic albums followed, all on the Sonic Trout label, the most recent being 2007's 48 track opus “Tarnation and Alastair Sim”, along with the 22 other full-length CDs in the improbable and ground-breaking RadioBall series. A new Philharmonic studio effort is expected this winter, following hard on the heels of Chandler's first solo release in a decade, “After She Left”, which arrives this summer; meanwhile, additional new songs, videos, and recordings can be found on a regular basis at chandlertravis.com.

As a musician Chandler Travis contributed to: