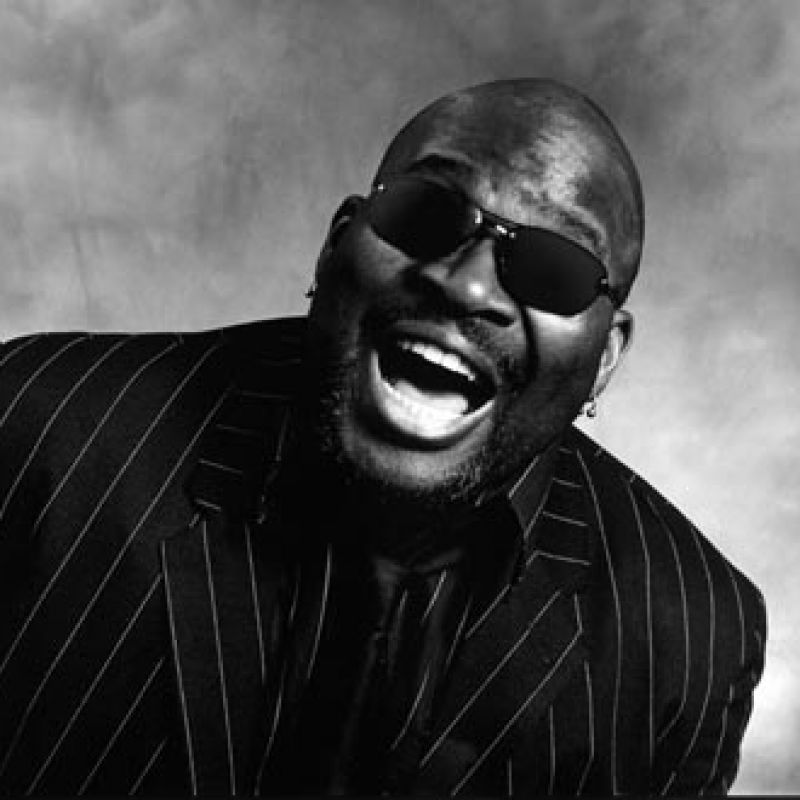 Barrence Whitfield is a full-throttle soul screamer in the spirit of Little Richard, Wilson Pickett and Solomon Burke. He has been described as the owner of one incredible pair of lungs, with limitless energy and unmatched enthusiasm for his music and his audience. Barrence is a rarity in this business--one of a few black, rock n roll singer/entertainers who Spin Magazine says maintains a frenzied performance. "Whitfield is a performer so consumed with satisfying his audiences that he has been called 'crazed, frenetic and completely unhinged'. Barrence, the singer made up of equal parts Arthur Alexander, Nolan Porter and James Carr this mofo burns. On June 13, 1955 in Jacksonville, Florida, Mrs. White gave birth to a little baby boy she called Barry. That's right! Little baby Barry White. His family migrated to Newark, where he spent his early years singing in a local Gospel choir. By the end of college Barry had changed his name to Barrence Whitfield, a smart move considering there was a 5 time Grammy award winning singer/songwriter of the same name, who by the way changed his name from Barrence to Barry early in his career. Go figure. Throughout high school, Barrence belonged to a few bands, doubling as a singer and drummer while perfecting his soul and funk musicality. After graduating from Jerry Lewis' old stomping ground, West Side High School in Newark, he further explored his love of the music scene, playing with a variety of musicians eventually opening for Johnny Winter. In1977. Barrence made his way to Boston to attend Boston University, and later transferred to Emerson College, where he remained happily for the next few years as Journalism major. During that time, Barrence focused on school versus performing, but kept music close to his heart. His hunger and passion for all things musical led him to build a personal record collection to enviable levels. He has become a well respected musicologist who now lectures on music and its societal impact, drawing from that most envied personal record collection. After college Barrence, like many organic music lovers, found himself working in a Kenmore Square record shop called Nuggets. There, he was discovered by guitarist Peter Greenberg, of the legendary Boston bands DMZ and The Lyres. Through this introduction Barrence got his first taste of the rock 'n roll life and Boston's music scene. Boston reciprocated in kind with 7 Boston Music Awards including: Best all Around Male Vocalist , Best R&B Vocalist, Best Club Band, Best R&B Band Barrence was not just well-received in Boston but throughout North America as well as achieving stardom on a much larger scale throughout Europe. A BBC journalist and well-known disc jockey, Andy Kershaw, fell in love with Barrence after hearing a live recording of him and his band, The Savage's. In fact, Andy was so taken by what he heard; he traveled to the US to see a Barrence Whitfield & The Savages show in person. Mr. Kershaw was blown away when he realized that Barrence's musical talent was matched, scream for scream and howl for howl, by incredible showmanship and physical presence. According to Andy, 'going to a Barrence Whitfield show is always a full-body experience because you can't sit down from wanting to continually shake your body and dance!' Barrence was immediately booked to play a number of shows in England where he was an instant success! It wasn't long before Barrence was traveling all over Europe, making records and being embraced by fans for his matchless and boundless energy and talent. 'It's his incredible pipes and his unique persona.' fans and reviewers agreed. Among his English fans are Robert Plant, Elvis Costello, Jools Holland, and the late, great John Peel. "Whitfield wailed incredibly on a wild 'n' loose set, working dancers up so much they just started jumping up and down and howling. It was like church without the guilt." - Frank De Blas Before long, Barrence was opening for, and playing with performers like Bo Diddley, Tina Turner, George Thorogood, Robert Cray, the Reverend Solomon Burke, Los Lobos, Taj Mahal, Richard Thompson, Etta James, Buddy Guy, and many, many, more. Barrence has received critical acclaim on two country-soul albums he did with renowned singer/songwriter, Tom Russell, including the Merle Haggard Tribute Album. Barrence continues to be a hot, hence rather busy, commodity. In 2007 John Sayles and Mason Daring were working the soundtrack for Mr. Sayles' release of the movie Honeydripper, starring Danny Glover. Barrence was called upon to perform a track written by John and Mason, The Music Keeps Rollin' On. When Finlandï¿½s premier blues band, Wentus Blues Band, called upon Barrence to be a part of a music documentary being shot in Finland, he answered the call there as well. And, he answered it with the likes of Eddie Kirkland and Louisiana Red, ex-Rolling Stone Mick Taylor, Kim Wilson from the Fabulous Thunderbirds, Omar Dykes from Omar & The Howlers. The documentary; Family Meeting, was released in 2007 and the soundtrack in 2008. Most recently, when the Music Museum of New England called upon his musical direction for their first annual fund raiser, Barrence once again answered the call. As of this writing, Barrence has fifteen records/CDs to his credit, released both in the U.S. and Europe. Number sixteen is due for release in Spain a little later this year; backed by Spanish musicians with the same love for pacockabilly, funk and soul. He's recently put together a new band, The Monkey Hips, packed wiith Boston talent, and they're already in the studio with new material. 2010 includes tours throughout the US, Europe, Japan, and Australia.

As a special guest Barrence Whitfield contributed to: